What is Basketball IQ (and How to Improve Yours)?

You are here:
Motivation & Mentality 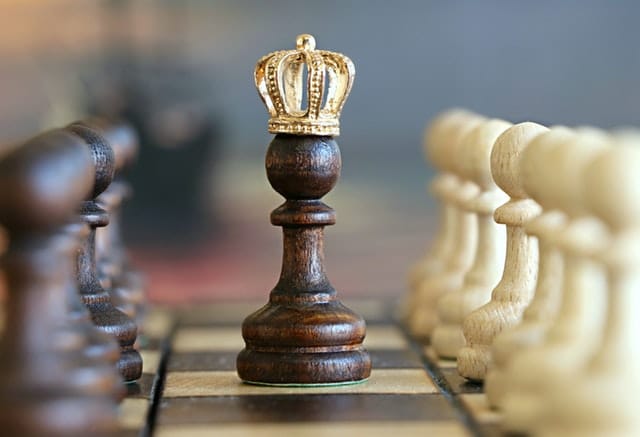 It’s easy to measure most stats and attributes that make up a good basketball player. From scoring averages to great work ethic many can be tracked on paper and in the gym. But there is one key component to being a great – next-level basketball player – that can’t be measured with numbers and stats. It’s Basketball IQ. It’s a mysterious term thrown around when talking both about some of the greats in the NBA, as well as in practice with new players. But what does basketball IQ really mean?

What is Basketball IQ?

Generally speaking, basketball IQ refers to the ability to just instinctively play the game and adapt to any situation that comes up. Knowing how to put the right play into motion at the right time is a skill that many players don’t instinctively possess. It combines a blend of technical skill, game awareness and understanding, plus experience. Basketball IQ is something that may not put points on the scoreboard or improve individual on-paper stats – unless you really dig deep. It does directly affect the game and can help your team win.

Among basketball teams or even in a in a game of pick-up, there are always players who are top picks that for some reason you want on your team. Especially if they don’t necessarily fill the stat sheet, you know your team is just better with them on the floor. Often, these are players with high IQ (even if you don’t realize it).

Characteristics of players with high basketball IQ include:

Now that you know what basketball IQ is, how do you fare?

How to improve your basketball IQ

Any basketball player will naturally enjoy watching games. But are you watching for enjoyment or to learn? Record games and re-watch them with a focus on different plays being used, new moves you haven’t mastered and whatever details sets the teams apart and makes individuals and teams successful. Pick a few players that you know have specific basketball IQ traits that you’d like to learn and spend time studying them.

Spend time online studying some of the greats that you’d like to emulate. Learn about how they got started, where they picked up their skills, and what their skill building routine looks like. Find players, coaches, trainers and analysts on social media and use them as a resource. Don’t be afraid to ask questions, whether it’s to your coaches and trainers or to those you follow online. Asking questions just helps you further your knowledge, so that when it comes time to get onto the court, you can put your knowledge into action and improve your technical skills.

IBSA’s Basketball Academy teaches youth athletes how to become elite players. That includes a focus on conditioning, strength, skill and with an emphasis on how fundamentals translate into game play. Our athletes learn how to become students of the game.

Learn from other players

There are always going to be players out there that can do something better than you can. No player is perfect in all areas. A good learning tool is to pick out a few of those players whose basketball IQ is something you admire, and study their game. Whether it’s the more experienced players you play ball with in the park, a pro you follow on TV or a teammate you look up to, watching how these players play the game and make moves that show their high basketball IQ will help you improve your game.

Analysts often talk of players with great basketball IQ as being “Students of the Game”. This is true as they watch and analyze game footage more than others. They practice on the court, they work out in the gym (because they know they need strength and conditioning), and they watch highlights and study film. They pay attention to detail and learn at every opportunity.

Elite basketball players are generally great in all areas of the game, not just getting the ball through the hoop. It’s an instinctive quality that some players just possess naturally, but that doesn’t mean it’s not a trait you can’t improve with hard work and dedication. A player with a high basketball IQ that helps the make the most of their skills is going to excel on the court!

What Motivates the Greatest Athletes? Hear it from them!
July 13, 2018