What Motivates the Greatest Athletes? Hear it from them!

You are here:
Motivation & Mentality 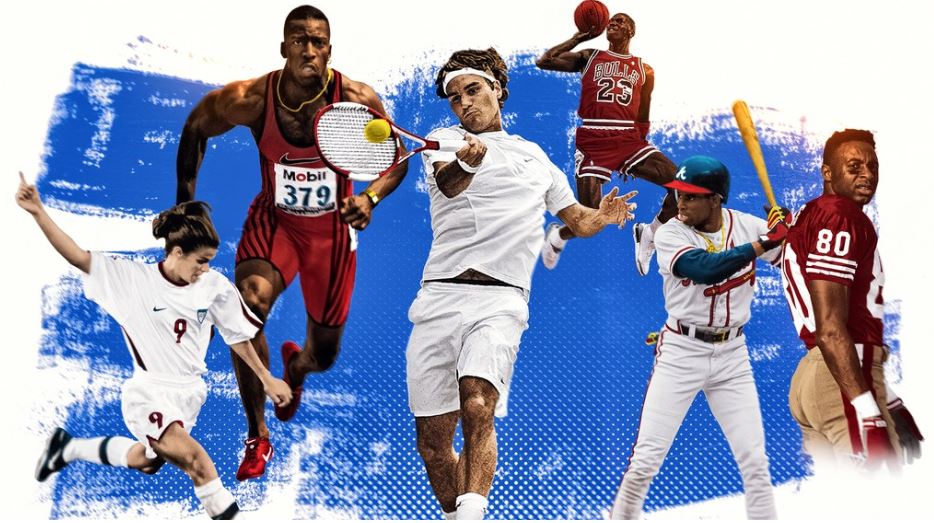 The world’s best athletes haven’t gotten to where they are by accident.  Whether on the basketball court, track, or field don’t mistake amazing feats and winning ways as “natural”. They’ve all worked hard and spent countless days and nights working to improve their game.

Do genetics play a role? Sure, to a point. But you see countless examples of athletes previously dismissed as “undersized” – or not physically “prototypical” for their respective sport – establish themselves as all-stars. Ask if anyone predicted early on if Spud Webb – one of the shortest pro basketball players ever – would make the NBA, let alone win the Slam Dunk competition!

These quotes from some of the greatest athletes athletes in a variety of sports shares some of what they’ve learned throughout their careers. Use them to help motivate you to do your best both on the field and off!

What all-time great athletes had to say:

Of course, the games are the fun part, but without the training leading up to the game, you’ll never improve your skills to truly enjoy the win. These athletes understand that any game is won in practice, well before you’ve ever stepped foot on the field.

“I hated every minute of training, but I said, ‘Don’t quit. Suffer now and live the rest of your life a champion.”     – Muhammad Ali

“The fight is won or lost far away from witnesses – behind the lines, in the gym, and out there on the road, long before I dance under those lights.” – Muhammad Ali

Persistence is key! Every player hits a wall at some point, where they can’t possibly go on. But when you can reach deep and push through with one more shot, you end up the strongest player out there. These quotes about perseverance and hard work highlight the need to pick yourself up and keeping pushing.

“Success is no accident. It is hard work, perseverance, learning, sacrifice and most of all, love for what you are doing or learning to do.”     – Pele

“There may be people that have more talent than you, but there’s no excuse for anyone to work harder than you do.”     – Derek Jeter

As the saying goes… There’s no ‘I’ in team! Teamwork is crucial in any sport. As you work together to reach a common goal you become stronger and more able to win.

“One man can be a crucial ingredient on a team, but one man cannot make a team.”     Kareem Abdul-Jabbar

Attitude it everything! You need to go into the game believing you can and WILL succeed.

“I’ve missed more than 9,000 shots in my career. I’ve lost almost 300 games. 26 times, I’ve been trusted to take the game winning shot and missed. I’ve failed over and over and over again in my life. And that is why I succeed.”     – Michael Jordan

“I have failed many times, but I have never gone into a game expecting myself to fail.”     – Michael Jordan

Motivation is the key to success, and ultimately it has to come from within. No amount of pushing from someone else can make up for a lack of inner drive.

“Somewhere behind the athlete you’ve become and the hours of practice and the coaches who have pushed you is a little girl who fell in love with the game and never looked back… play for her.”     – Mia Hamm

Winning isn’t everything… But it sure helps motivate! These athletes share their thoughts on the importance of winning.

“For me, winning isn’t something that happens suddenly on the field when the whistle blows and the crowds roar. Winning is something that builds physically and mentally every day that you train and every night that you dream.”     – Emmitt Smith

Will you Practice, Persevere and Motivate Yourself?

These quotes from top athletes are only a few to make you think about the strength and determination it takes to succeed in any sport. If you think about it, each of the greatest athletes never thought they “couldn’t”, but rather that if they pushed themselves to the limit and played to win as a team, that they could be the greatest?  Use them to help motivate your game and be the G.O.A.T.!

At IBSA, our Basketball Training Academy is attended by youth athletes at all levels with aspirations of reaching elite levels of play. Get in the game and watch the remarkable results that motivation and hard work can achieve!