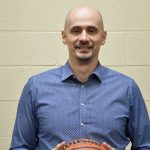 Zelimir Stevanovic is the founder and president of the International Basketball and Sports Academy. Coach Z is a former professional basketball player with more than 20 years of basketball experience both in the US and in Europe. His basketball career began in Serbia and continued at the University of Pittsburgh before he held professional contracts in France, Italy, and Cyprus. He founded IBSA Basketball in 2009 to share his basketball knowledge and experience with young Canadian athletes. Starting with one location in Kitchener-Waterloo, IBSA Basketball quickly expanded into the Hamilton, Burlington and Oakville and Niagara regions. 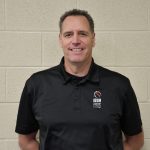 Barry Mungar is a former professional, NCAA, and Olympic basketball player who competed for Canada in the 1988 Seoul Olympics. He was a member of the Canadian Men’s National Team from 1986-1988. Barry played Division I university basketball at St. Bonaventure University, in Olean, New York, from 1981-1986. During his senior year he garnished ”First Team All-League” honours in the NCAA’s Atlantic 10 Conference was selected 82nd overall by the Washington Bullets (now the Wizards) in the 1986 NBA Draft. Barry believes that intense, intelligent training not only builds better players, but transforms youth into better people. 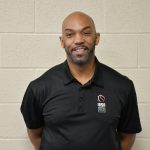 Born in London UK, and played for the National U15 and the 2nd ranked U19 club team in Europe, Crystal Palace. Earned scholarship offers to Albany State (Atlanta) and attended University Maine (Machias) earned most improved player award. Upon finishing at Maine he played in Europe for London Towers then became their GM after working as Magic Johnsons Tour Manager/Team Liaison. Alongside IBSA, currently coaches at Kings Christian previously on the mens and women’s OSBA programs, currently Head Coach of both Kings Christian Junior Boys (HSAA Tier 1 champions 2017/18) and Senior Girls (HSAA Tier 1 finalist 2017/18). 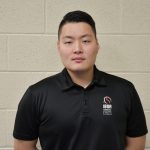 Ray Kim played high school basketball at King’s Christian Collegiate in Oakville. While attending Western University in London, he joined the Western University Mustangs Mens Basketball team’s as a coach where he helped with recruiting and scouting. He has been involved with the Ontario TIDP programs for years. He has been an instructor at various camps including Five Star Basketball, Hoop Mountain and and Michigan University Camp. Currently, he is coaching at King’s Christian Collegiate mens and womens programs in the OSBA

Spencer MacDougall is the former lead skill trainer for the GBA, as well as one of two lead basketball instructors at Burlington Christian Academy. Spencer is currently the Strength and Conditioning Coach at King’s Christian Collegiate. He holds certifications in coaching by Ganon Baker Basketball as well as NCCP Basketball Ontario. Spencer brings high energy demonstration and teaching to the IBSA program, as well as extensive knowledge in sport-specific nutrition and supplementation. Hard work, effective work, consistency, tenacity, determination; these are some of the countless skills Spencer preaches and strives to develop in young athletes. 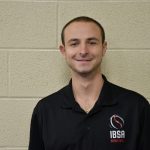 Nemanja Simic began to train at IBSA Basketball as one of our athletes in 2010, and as his hunger for improvement and knowledge grew he also trained individually with Zelimir Stevanovic. His attention to detail and enthusiasm for learning made him gravitate towards becoming a trainer at IBSA Basketball once he finished playing at Cameron Heights in Kitchener-Waterloo where he was a WCSSAA all star. He worked as an IBSA assistant trainer in Kitchener-Waterloo before becoming the head trainer in the region in 2014. 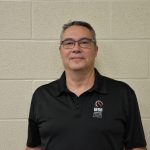 As well as being a former college player, Peter has been coaching basketball for a decade. Alongside numerous OBA medals, he has given his time and commitment as President of Burlington Basketball in addition to volunteer coaching for the Big Brother’s organization. Peter believes that working with the IBSA allows him to teach kids the proper way to play the game. Proper technique, a disciplined game, and having fun are the three keys of Peter’s coaching style.

Srdjan Pejicic was born in Sarajevo, Yugoslavia during the war and moved to Canada in 1995 to Sherbrook, Montreal. Srdjan started playing basketball at age 6 and fell in love with the game because of his dad (Jovica), who played professionally overseas. Srdjan as an all-star at Bluevale High School, and went on to play at the University of Waterloo where he was 4th all time in 3PT% at Waterloo and 3rd all time in 3PT% in the CIS. Later Srdjan would go on to play professionally overseas in Turkey. 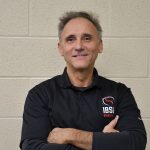 Tom Lazich has over 17 years of experience coaching junior & senior high school basketball in the Hamilton and Burlington regions. Tom stresses fundamentals and conditioning and believes that it is the coaching staff’s primary responsibility to pave the way for student athletes to reach their goals.